Contrary to what you might think, cancer and diabetes appear to have some biology in common. According to a report in the September 30th issue of the Cell Press journal, Cell, a pathway that initially drew attention for its role in embryonic stem cells and cancer also influences the odds that mice develop or resist diabetes.

Mice with high levels of the cancer-promoting proteins Lin28a or Lin28b become more sensitive to insulin and less prone to diabetes when on a high-fat diet, the new study shows.

“This highlights the overlap in the biology of these disorders,” said George Daley of Harvard Medical School. “It may be the same kinds of metabolic shifts that allow cancer cells to grow are also related to [whole-body] glucose metabolism.”

In fact, there were clues about such a connection, but “no obvious mechanism,” he says. For instance, studies have shown that cancer cells within a tumor are able to grow more rapidly by shifting the way they use glucose. Genome-wide association studies for type 2 diabetes have also pinpointed several susceptibility genes with known links to cancer or the cell cycle.

Daley’s team, including first authors Hau Zhu and Ng Shyh-Chang, had noticed earlier that an immature form of the microRNA (tiny bits of RNA that silence genes by targeting messenger RNA) known as let-7 is abundant in stem cells. “It allows stem cells to be stem cells,” Zhu says.

Let-7 is also important in preventing cancer, Zhu explained, and its activity is blocked by the cancer-promoting RNA-binding protein Lin28. Lin28 is also known as an ingredient that can help turn skin cells into embryonic stem cell-like cells.

“Mice with too much Lin28 grow really large,” Zhu said based on their earlier work. “They are giant mice and they soak up glucose really efficiently.” The new study shows that Lin28 transgenic mice are also resistant to diabetes and obesity. That resistance holds even as the mice grow older, said Shyh-Chang.

Mice lacking Lin28a or that have increases in let-7 become insulin resistant and have impaired glucose tolerance. These metabolic changes occurred in part through effects linked to the insulin-PI3K-mTOR pathway, which is important in cancer and basic metabolism.

Importantly, the researchers also found that let-7 acts on many genes with apparent links to type 2 diabetes and glucose control in humans. This may prove to be good news for those in search of new ways to tackle complex conditions like diabetes, which have many genetic drivers, each with relatively small effects.

“MicroRNAs touch multiple targets in subtle ways,” Shyh-Chang said. “Our findings suggest that let-7 and perhaps other microRNAs may help to unify the picture of how type 2 diabetes develops.” 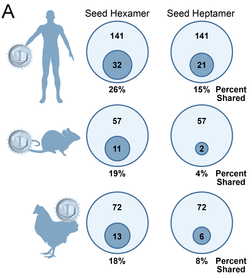